Let it be known that I am certainly not the best at Metroidvanias, neither am I all that experienced at them but there is one thing that I am good at and that is being stood corrected by a genre that I hadn’t paid too much attention to previously. Luckily for me, the Metroidvania genre seems to be getting more and more popular with more and more Indie developers creating games within this genre. MindSeize lies within this demographic and draws heavy inspiration from the 16 bit SNES era predominantly from games such as Super Metroid, Super Castlevania and the Mega Man X series. If you were ever a fan of these kind of games or at least appreciate the art style and challenge that these kind of games offer then you should check out MindSeize today. 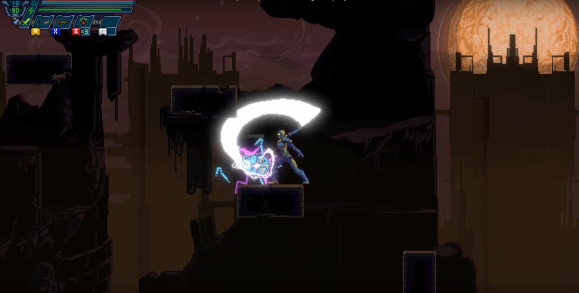 As you should all be aware, if you do decide to check out MindSeize today you would be checking out the pre alpha demo which was released at some point last year so many improvements and additional features in the full release are obviously absent here. You do however get quite a considerably healthy sized demo that will last you a good hour or so and includes two boss fights, the first of which is a similar height and build to the character you control and dashes towards you a lot like a Mega Man boss. It’s a fairly straight forward fight once you learn his patterns, it probably shouldn’t have taken me as many attempts as it did but what can you do? The second boss is the main boss of the pre alpha demo and while I won’t spoil anything about the fight I will say it’s a lot more of a challenge than the first one and be prepared to be frustrated. As long as you get a save point nearby before you battle it you will want to keep retrying until you defeat him!

That’s enough about the final boss though, what you get in the demo in the run up to the final boss is pretty satisfying too. I must point out that I really dug the art style, dashing around the outdoor sections in the gritty dark looking streets being lit up by the huge moon in the background was a sight to behold. Fans of the 16 bit era art style will appreciate it a lot, as well as the sound track which intensifies the further you progress. You will find yourself combatting several different enemy types such as a colourful looking spider thing, annoying drone guns, drone flyers, huge rocket-firing robots, a Robocop-esque enemy and most annoying of all: a torso of a deformed man/alien that crawls around after you really fast that for some reason reminds me of The Terminator at the end of the first film when he’s crawling after Sarah Connor before being crushed to death! It’s important to note that when I say the enemies are annoying, I mean it in a positive way as they are challenging to overcome in certain situations, although the drone guns that kept popping up out of nowhere did get a little frustrating to defeat all the time especially considering all enemies respawn after you leave the current screen and come back to it. I am however looking forward to seeing what additional enemies may be found in the full version of the game.

So let’s go over some of the basics of the most important thing about MindSeize which happens to be the same for all metroidvanias: the combat and abilities! So the demo starts you off with two forms of attack which is your rifle for ranged attack and your melee attack which is much more powerful. You can chain up to three hit combos in the demo with your melee sword which is enough to finish off a lot of the enemies on show if you can get close enough. You also get three heals until you die but there are other ways to regenerate your health such as finding a save point. You will also be able to recover a grenade attack further on in the demo which unleashes quite a devastating blast which you will need in order to back track and blow up certain walls seen previously. Be aware that your energy meter at the top right underneath your health bar reduces each time you unleash your grenade or melee attacks and will have to wait until it regenerates before you can use them again. One trick I learned from the lead programmer who happened to be watching my live stream was that you can regenerate your energy quicker if you shoot your rifle at enemies.

The basic ability you start with is the dash ability which I feel is a much needed ability in this kind of game. It feels so natural to be able to dash towards and away from danger especially if you are playing the game using an Xbox One controller which the developers at Kamina Dimension recommend doing as stated at the beginning of the demo. True to the formula of metroidvanias, there will be areas you come across where you cannot progress through and will have to come back to once a new ability has been recovered like with the grenade ability. The jump-dash ability is another important one which you will recover in the demo and will grant you the ability to dash while mid air allowing you to progress over long holes and spiked floors. Although not an ability you need to recover, wall-jumping also plays an important role in MindSeize as you will need to master the art of doing so followed by air-dashes to get you over various areas of the map. Speaking of the map, you can toggle the minimap on and off with the click of the right joystick which you will need to keep doing so that you don’t get lost while backtracking. 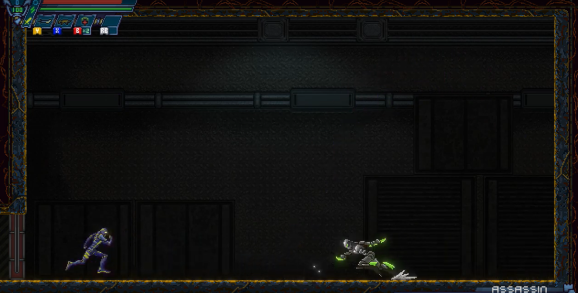 Not much is revealed about the story of MindSeize in the pre alpha demo but I can tell you that it centres around the main protagonist who is a private investigator chasing after a dangerous criminal organisation called “The Ascended” which for reasons unknown is stealing the minds of innocent people including the protagonists daughter. and is set in a futuristic universe. MindSeize unfortunately did not have a successful Kickstarter campaign but thankfully the developers have not given up and after speaking to the team personally, still plan on releasing the game later this year although cannot guarantee but will come to PC with the hope of releasing on consoles further down the line. I would encourage you to at least give the demo a try if it sounds like it floats your boat and if you enjoy it add it to your wish list on Steam. I would also love to hear your thoughts on the game so be sure to let me know down below. Thanks for reading!

1 thought on “Make MindSeize the new game you try today”